myFarmSmart had existed for a number of years as a spreadsheet-based whole-farm financial modelling and risk management tool for farmers and their advisers, created by agricultural economist Lucy Anderton. The next step to taking the model further was to convert it to a web-based tool while preserving the underlying complex cropping, livestock, financial and risk models. 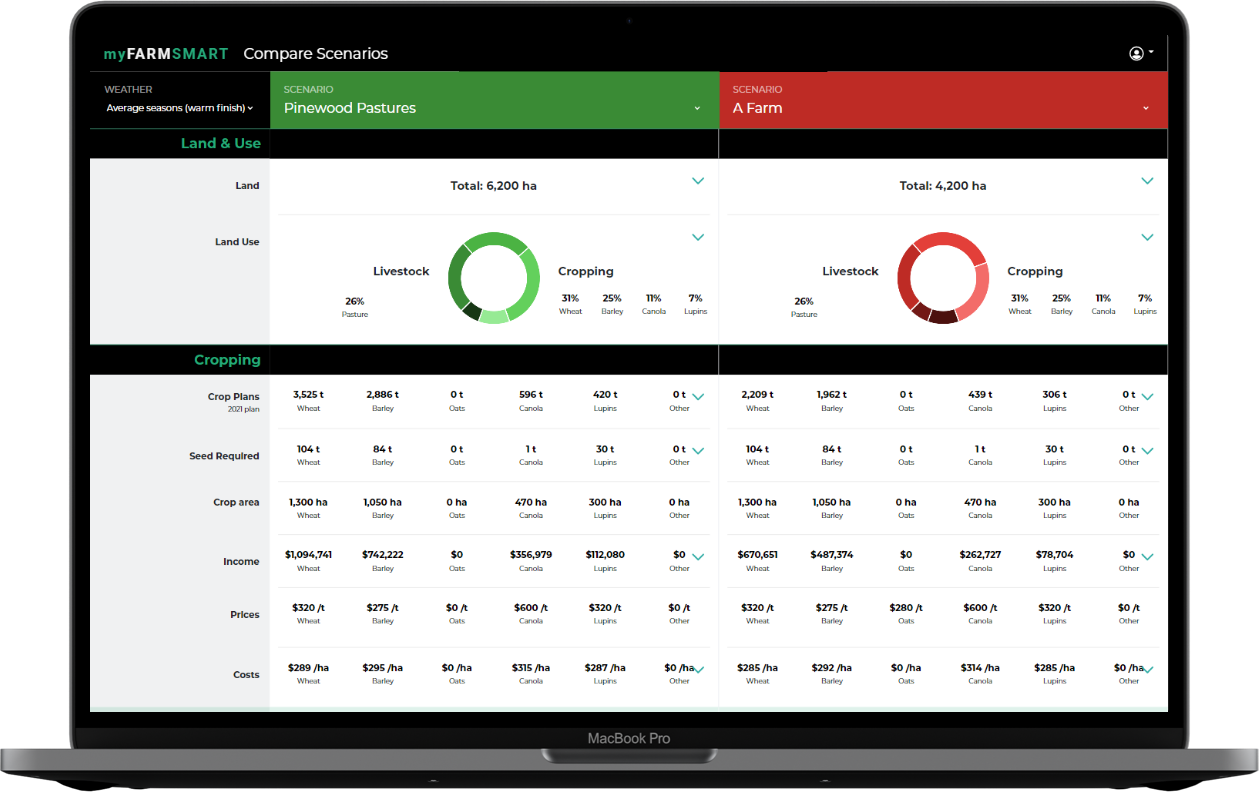 The existing myFarmSmart spreadsheet-based model was highly complex and very large, having been a key project of agricultural economist Lucy Anderton for many years. It was identified that the full model as it existed was unable to be developed within the available budget, so we worked with Lucy and other team members to identify which features should be included in the initial web-based version, and which could be added on in a later project.

We converted the underlying cropping, livestock, financial, and risk models from the spreadsheet-based model and worked with Lucy to optimise them for the new coding environment.

A key challenge of the project was the very large number of inputs required, and the barrier that this posed to potential users, who would need to spend multiple hours collecting and entering data before seeing any useful output data. To resolve this, the team came up with the idea of starting from a "template farm" rather than a blank slate - the user would pick a generic starter farm that looked similar to their farm, and then start making tweaks, with each tweak being a small step that makes the outputs line up more sensibly with the user's farm. The process of "tweaking" the farm and seeing the outputs become more accurate is much more rewarding than the process of entering hours of data with no outputs until the end.

myFarmSmart was launched in April 2020 and has been slowly growing its user base. myFarmSmart is available for public use and can be accessed at www.myfarmsmart.com.au.

myFarmSmart is a whole-farm financial modelling and risk management tool for farmers and their advisors, which helps to investigate and analyse potential changes to farming businesses. We helped to take myFarmSmart from an Excel-based model to a powerful web-based platform, including understanding and implementing complex cropping, livestock, financial and risk models. 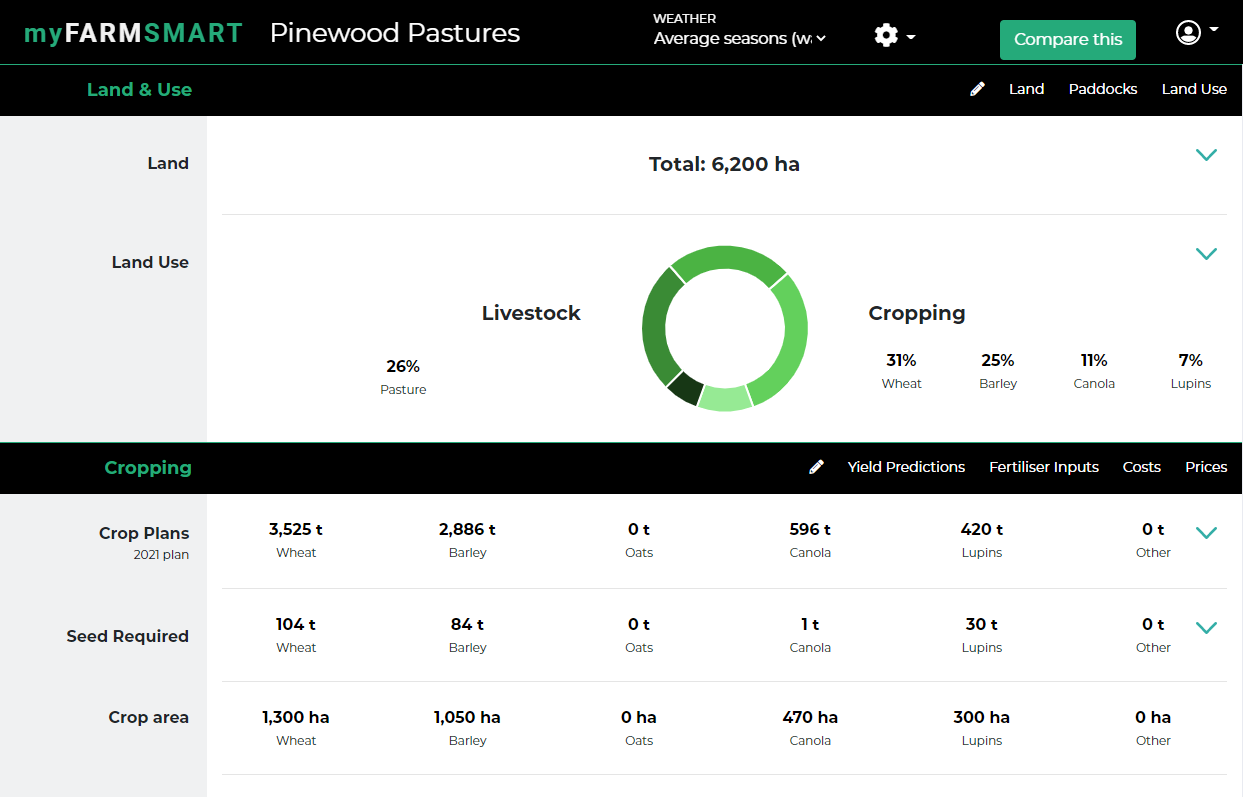 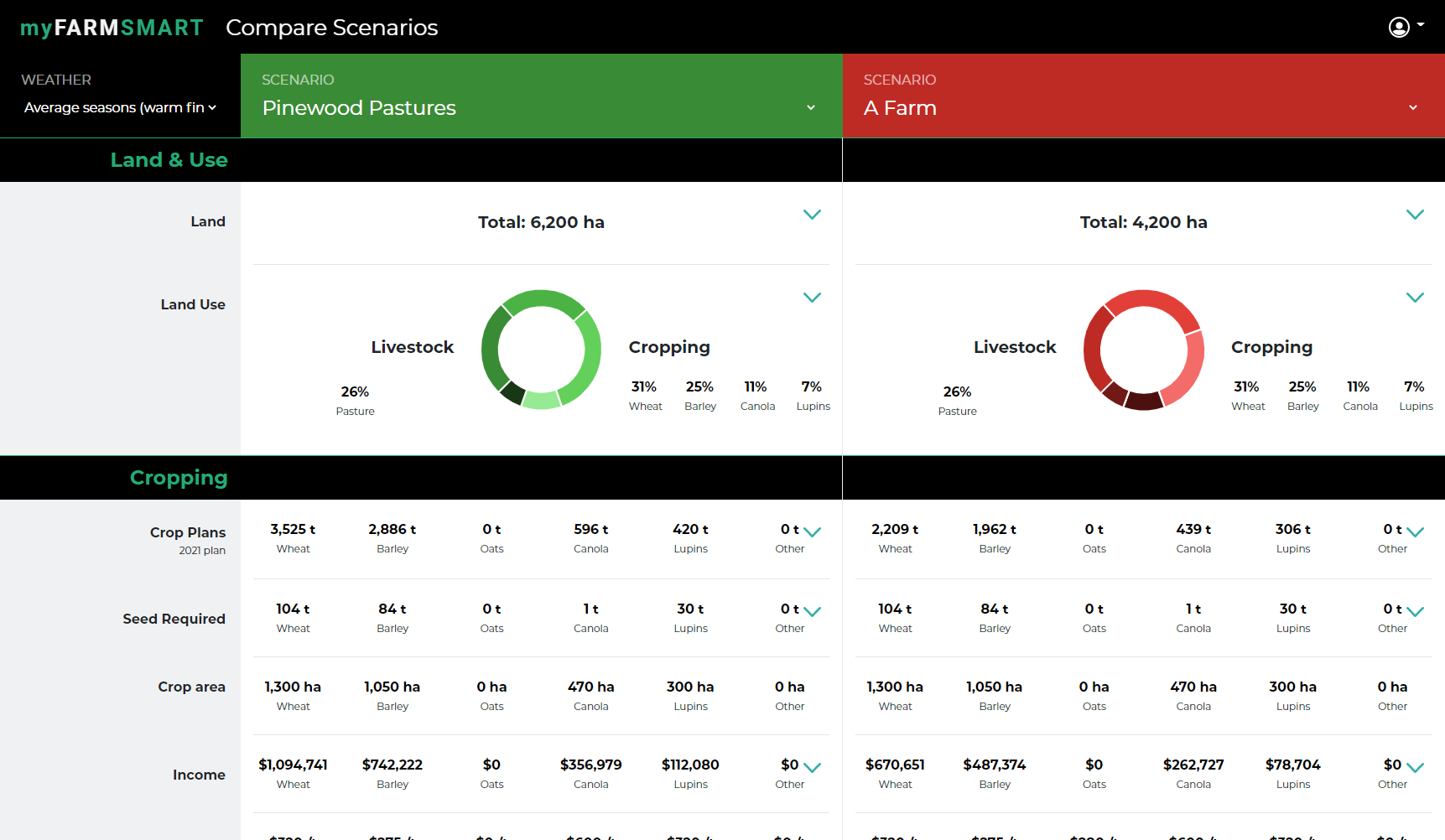 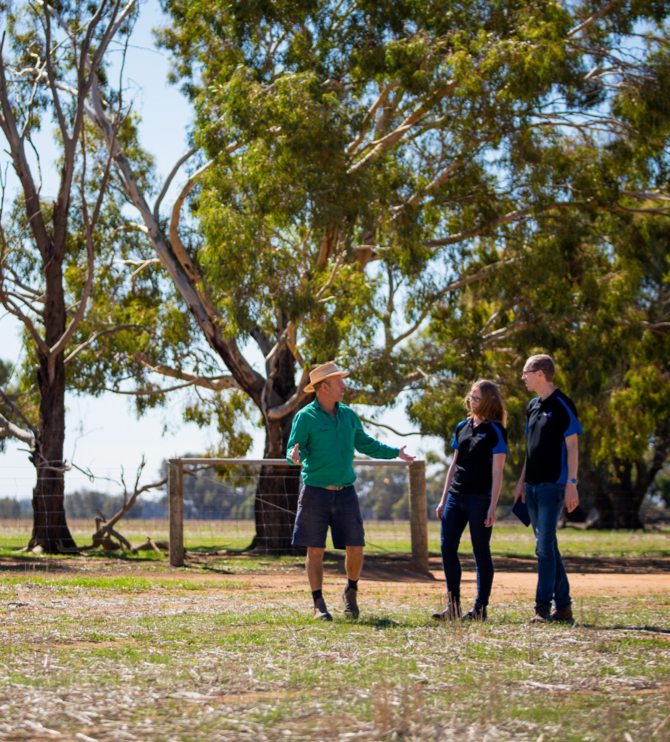