Square V was invited to be part of the Next Generation Forecasting project by a consortium of local farming groups and agronomists. The project aimed to combine data gathered from existing local sensor networks with predictive pasture modelling to help optimise on-farm decision making for graziers.

To do this, they needed a technology partner who could pull together data from numerous different sources and present it in a way that made it easy to understand and useful to graziers. 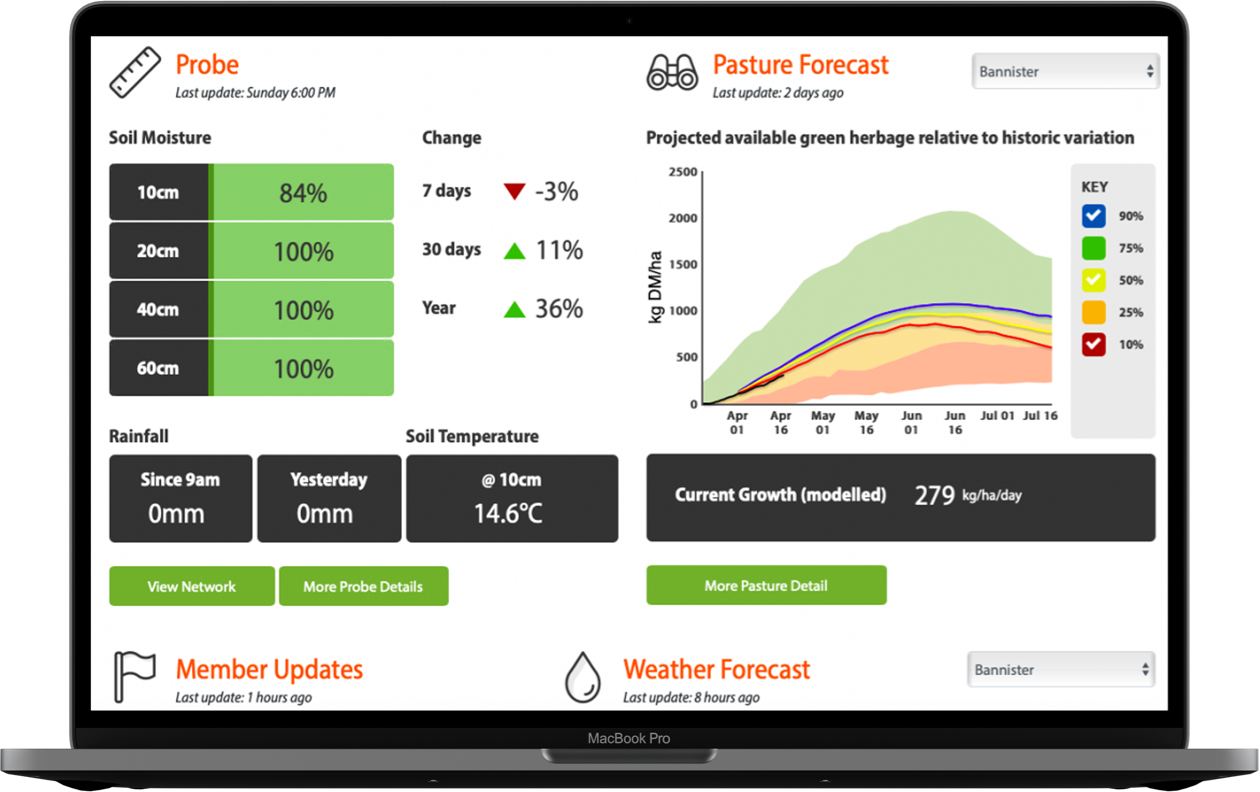 Along with staff from Monaro Farming Systems and Tablelands Farming systems, Square V visited a number of different farmers across the region to gain an understanding of the current information sources available to and used by graziers, as well as their key decision-making points during the year and the options available at these points.

During these visits it became clear that while most farmers were familiar with soil probe outputs, the pasture modelling information that was to be provided on the website was highly technical and required a high level of skill in reading complex graphs as well as an above average understanding of probability. Some of the target farmers were familiar with how to read the pasture modelling data as it had been regularly presented and interpreted by a trained agronomist at in-person meetings previously, but many existing farmers (and the whole population of potential new members) were not at all familiar with how to read and use this data which was a potential issue for the new website.

To solve this issue, the site designed by Square V included intelligent commentary to the side of each graph, which interprets the graph for new or less confident users and provides the "voice of the agronomist" that was previously provided at in-person meetings.

The Farming Forecaster platform includes data from 41 different locations across the Tablelands and Monaro areas, with 28 locations having both soil probes and pasture modelling and an addition 13 "virtual sites" which display pasture modelling without a matched soil probe. Square V connects to a number of different services to make Farming Forecaster happen, including:

The site has been well-received and (very) regularly used by members of the Tablelands and Monaro Farming Systems groups, and has drawn substantial interest from various other grazier-focused groups across Australia. Multiple new farm groups are set to join the platform in the upcoming year.

Farming Forecaster is a mobile-responsive website built in ASP.NET Razor pages and utilising a custom database. It collates and displays data from CSIRO Senaps (GrassGro), Bureau of Meteorology ACCESS-S and ADFD, and Mait soil probes and rainfall gauges. 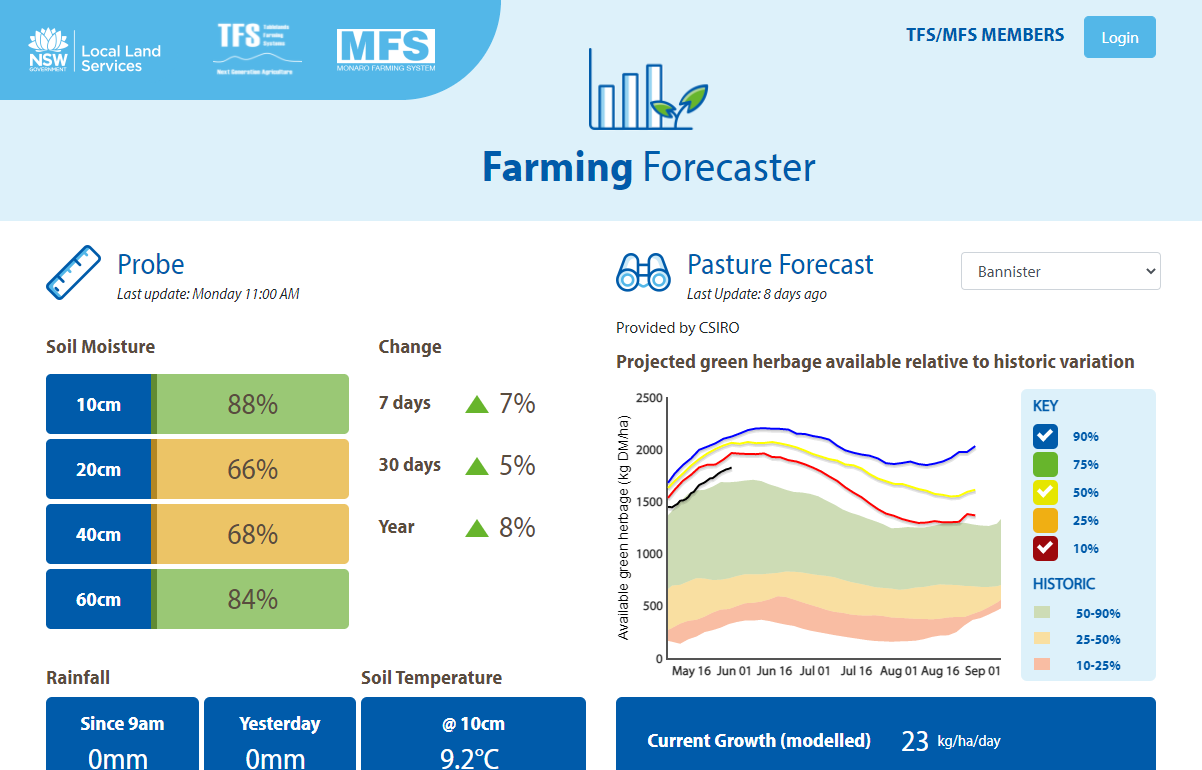 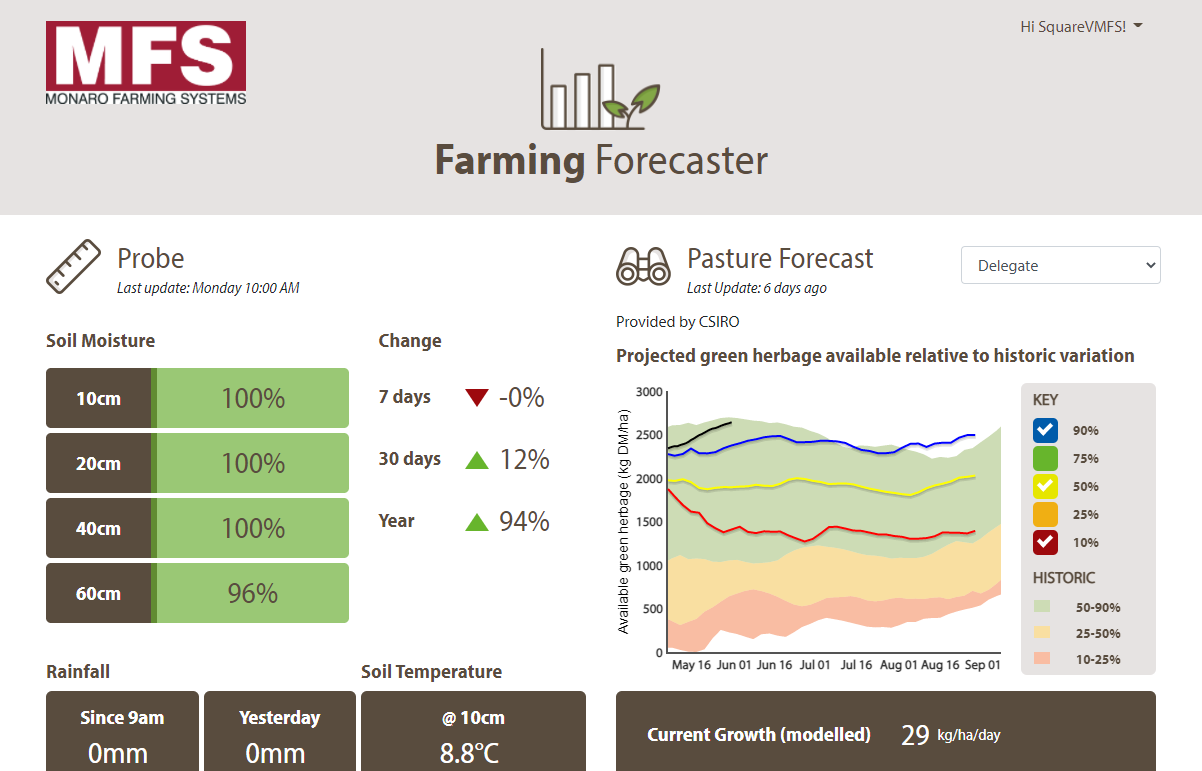 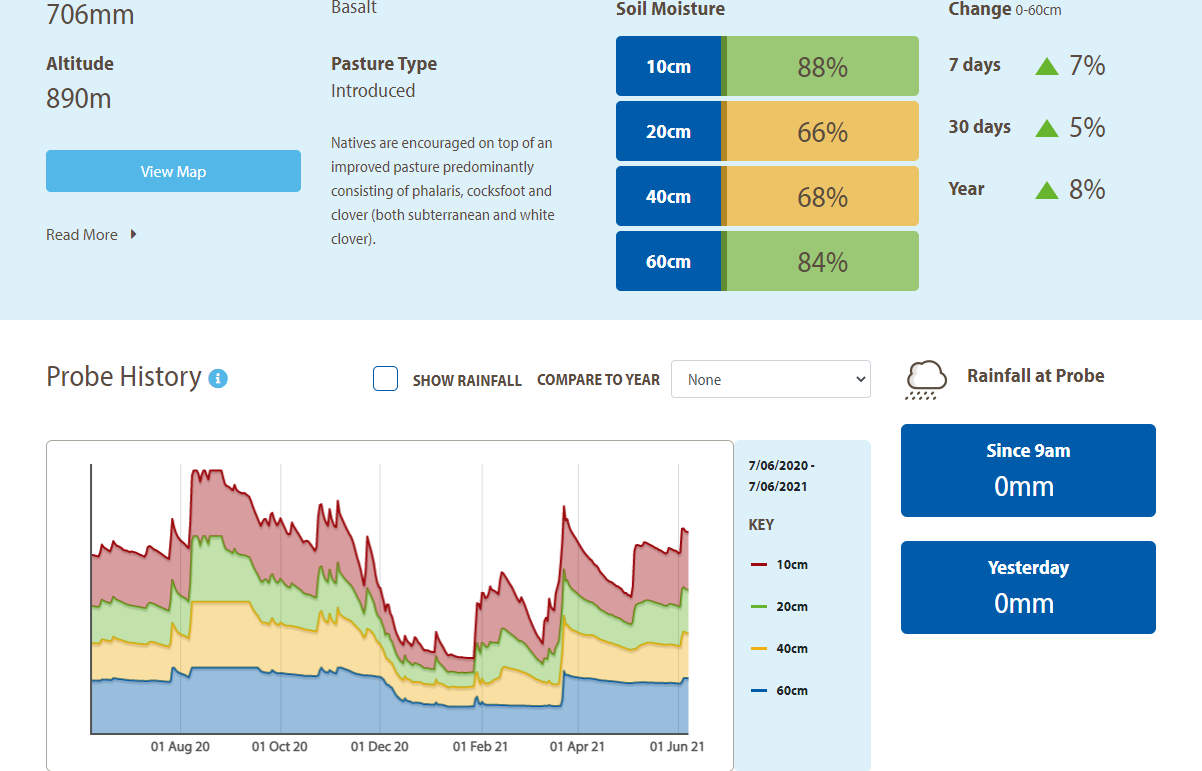 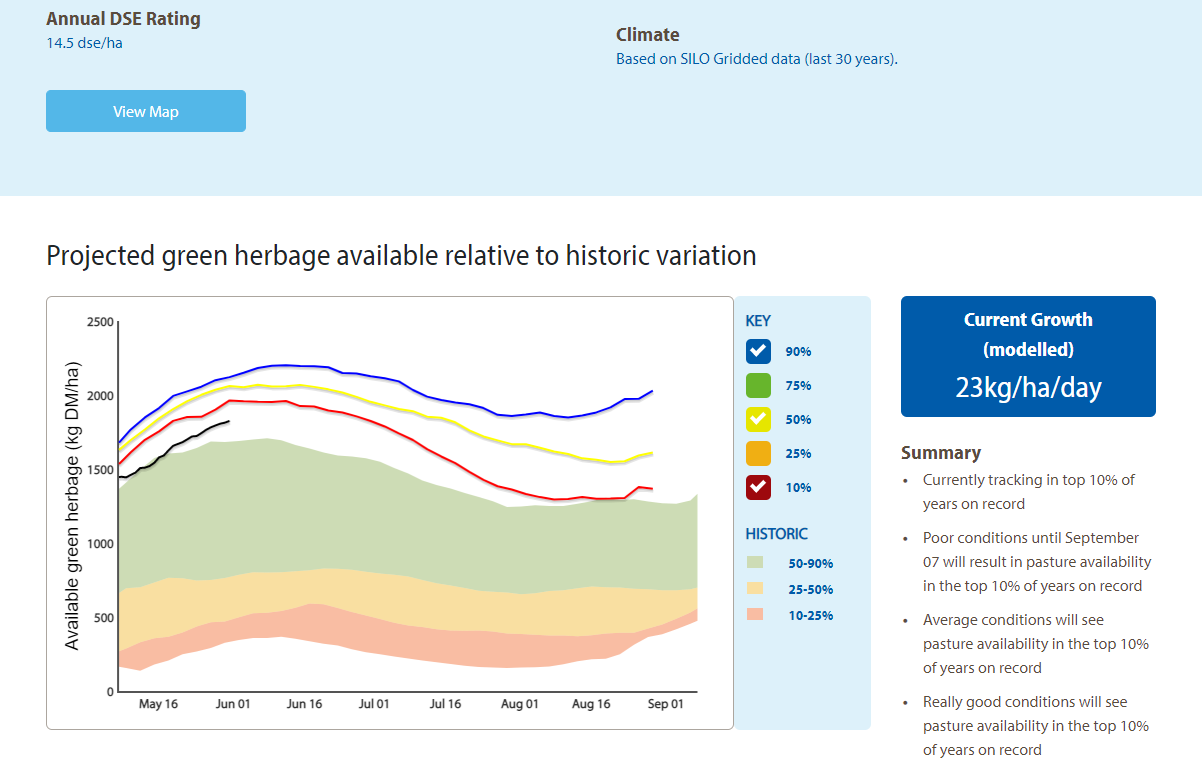 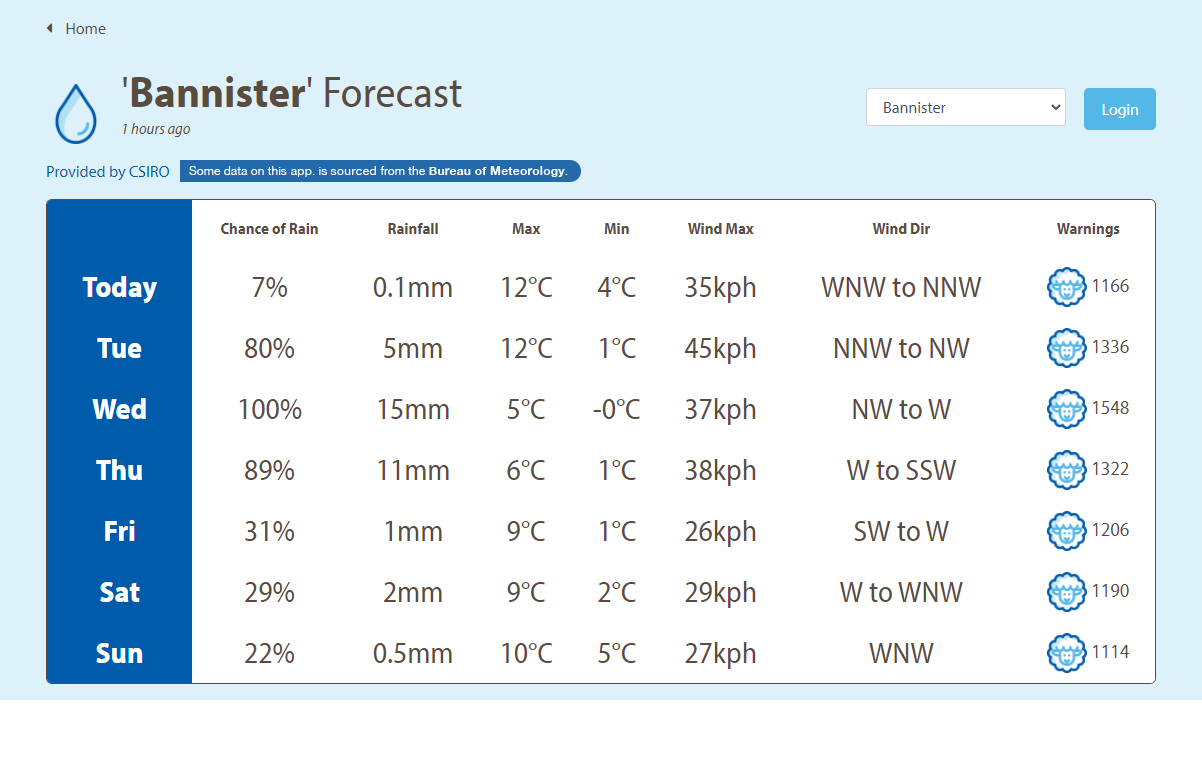